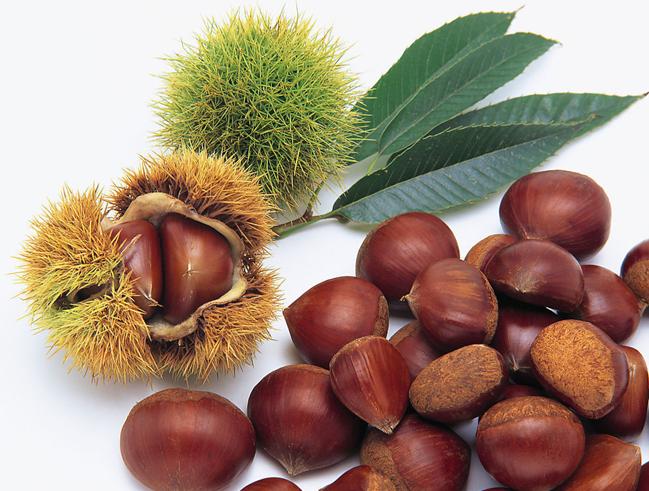 Many of the 38 flower remedies included in Dr. Edward Bach’s healing system were designed to restore emotional balance to specific personality types. There are some, however, that gently diffuse temporary, unpleasant situations or passing moods. One of these is the remedy of Sweet Chestnut for those who suffer in a state of extreme anguish.

The negative Sweet Chestnut state is often associated with the phrase “dark night of the soul.” Unlike someone in need of the flower essence of Gorse who has pessimistically given up, the individual in need of Sweet Chestnut feels like there is no solution in sight — no light at the end of the tunnel.

The resulting emotion is not one of resignation but rather one of unbearable pain and intense despair. Bach scholar Mechthild Scheffer describes this state as the feeling of being alone and unprotected, much like a baby bird that has fallen from its nest.

Sometimes this emotional disharmony can be tricky to spot since it occurs on a soul level and is not readily apparent on the surface. Genuinely despairing individuals may not admit to being in such a state, but you can often take clues from such statements as “There is no hope” or “I am at the end of my rope.” The difficulty in spotting the need for this remedy also applies to pets, but Sweet Chestnut should be considered in cases where the animal exhibits signs of extreme depression.

Flower remedies are never recommended to replace other forms of treatment when someone is obviously in need of more extensive, professional intervention. However, Sweet Chestnut can certainly act as triage therapy in such cases or at least as something that can temporarily dilute a critical situation when an individual is distraught to the point of life-threatening behavior.

Such a state is hopefully transitory, but you may know certain people who may be regarded as Sweet Chestnut types. Such individuals are often described as “drama queens” (or kings). These are the folks who find themselves in dire circumstances more than the average individual. They seem determined to make bad decisions and resort to self-destructive behavior. Long-term use of this remedy can guide the individual to make better and sometimes life-changing choices.

Although an intense state of despondency is not one to be wished on anyone, sometimes it turns out to be a positive catalyst in turning a life around that has nowhere to go but up. Take for instance an alcoholic or drug addict who needs to hit rock bottom before being forced to take the necessary steps to make any changes.

Sweet Chestnut can be very instrumental and supportive in such cases. Think of the words, “I once was lost, but now am found” from the song “Amazing Grace,” as an example of how this remedy can work.

The crisis becomes an opportunity to switch paths, making for an inner transformational journey that results in a renewed sense of purpose. The transformed individual has risen from the ashes like the Phoenix bird. For instance, such an experience makes the person better equipped to handle a crisis phone line than one who may have gone through years of training but has never “been there.”

Bach flower author Stefan Ball beautifully expressed this when he wrote: “Sufferers can grow in ways that leave the rest of us — the lucky ones who have never had to face true despair —  openmouthed with respect and admiration.”

Linda M. Crider, BFRP, has been a promoter and educator of botanical healing practices for 15 years. She specializes in flower essence therapy and is a Bach Foundation registered practitioner and founder of Blooming Vibrations, LLC. bloomingvibrations.com or 602-774-2382.