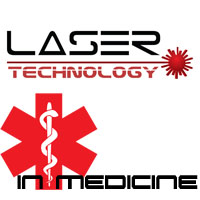 What is RIKTA family devices?

Effectiveness, quality, reliability and continuous improvement - formula of a long-term success of our technology.

Transcutaneous  electroneurostimulation, TENS (in several models) — amplitude of the output voltage on the metal electrodes from 0 to 400 V, pulse frequency 60–120 Hz 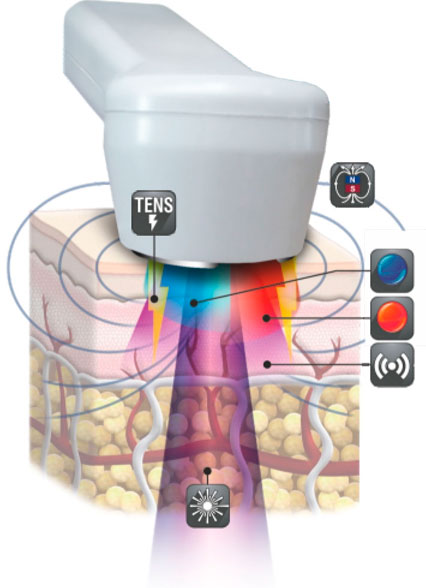 The penetration of this radiation into the tissues is shallower than that of the laser but provides a broader spectrum of coverage, so it operates at various reflex zones, providing a powerful harmonizing effect on the tonus of the central nervous system.

Red light penetrates tissues at lesser depths than infrared radiation. Nevertheless, it has a beneficial effect by reducing the intensity of inflammatory processes, especially in the areas of loose connective tissue, for example, in the areas of joints; it increases the activity of psycho-emotional sphere.

Blue light has an inhibiting effect on certain body functions, reduces the blood pressure, calms down the heart rate, regulates the rhythm of breathing, lessens the muscle tension. Blue light is a strong antiseptic and has anti-carcinogenic effect. Blue light is used in treatment of inflammatory processes, spasms and pain of all kinds.

Transcutaneous  electroneurostimulation is the use of electric current pulses as a non-invasive nerve stimulation for therapeutic purposes (mostly intended to reduce acute or chronic pain).

✔ Applicable for more than 200 deseases
✔ Highly effective: both preventive and rehabilitation effect
✔ Compatible with drug therapy
✔ Non-invasive and painless
✔ Portable and simple: both inpatient and outpatient use
✔ Safe: absence of complications, habituation effect adverse reactions
✔ Convenient in various ages

You can purchase of the Rikta family devices here.