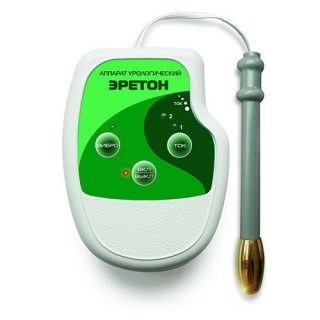 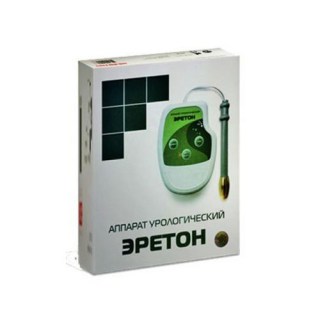 Price:
Variant price modifier:
$270.00
Rating: Not Rated Yet
Modern device designed according to the latest methods of treatment of urological diseases such as prostatitis, functional erectile dysfunction.

The principle of therapeutic effects of ERETON

Pulsed electric current of low and high frequency, used for abdominal rectal procedure, has neuro-reflex effects. This results in excitation of nerve and muscle tissues of the pelvis, which is transmitted to the higher parts of the central nervous system.
In the cerebral cortex there is formed an active therapeutic electrophysiological dominance which suppresses chronic pelvic pain, improves blood circulation and trophism of the prostate gland.
Changing of the electrophysiological state of the cerebral cortex increases blood circulation in penis during sexual intercourse, but also enhances erection and makes it stable that betters male sexual function.
Stimulation of the sensitive nerves of the pelvic pulse current has a powerful analgesic, sedative, trophic, antispasmodic and euphoric effect.
Stimulation by pulsed current leads to excitation and muscular contraction of the pelvic muscles, increasing  tone of muscle fibers of the prostate, emptying its ducts. Improved function of pelvic muscles responsible for erectile function significantly enhances the arterial, capillary, venous blood circulation and lymphatic flow.

Benefits of ERETON apparatus:
• Positive effect in 75.7% of the cases
• Convenient and easy to use
• It has been clinically tested and registered in Roszdravnadzor
• The winner of the contest "100 best goods of Russia" in 2015
• It is effective not only in dealing with men's health problems, but also in the treatment of adnexitis,salpingo-oophoritis and tubal infertility in women.